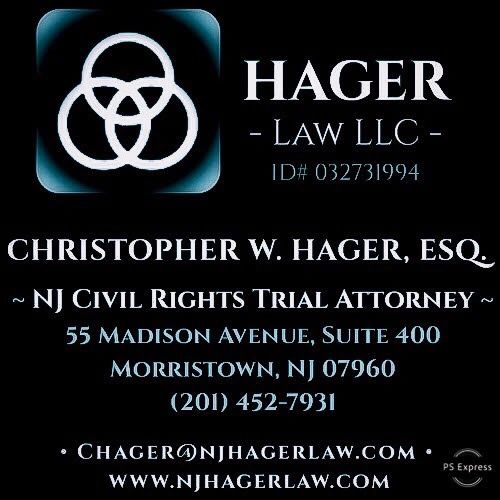 No matter the season, you'll never be alone on your path to justice.

If you have been a victim, I can help.

A Commitment To Excellence

Everyone is constantly surrounded by legal protections, but not everyone understands what they are or how to enforce them. Having the right attorney is vital when the unexpected happens, like the loss of an important job because of discrimination, harassment or retaliation, or being caused devastating physical, emotional and financial injuries outside of work because of negligent or reckless behavior. Preserving a person's civil rights to be free from these intrusions, and to pursue substantial money damages when they occur, is at the center of our system of justice.

This is where I fit in.

My background as an attorney for people comes not from the law, but as a culinary educated chef who learned about the real world in the fast paced and demanding workplace of gourmet kitchens in the 1980's. I witnessed unthinkable discrimination, sexual harassment and retaliation that I continue to encounter to the present day in fighting for my clients' rights. I have also proudly and forcefully represented strong clients who were permanently injured by the negligence and reckless indifference of large, wealthy corporations. The enduring personal relationships I have developed for decades have been forged through personal trust and getting results for my clients from their life changing experiences.

A History of Client Successes

A History of Client Successes

I have been fortunate to represent good people thrown into bad, damaging situations because of the wrongful conduct of their employers or big businesses that put making money ahead of treating them properly. I have been fortunate to also bring those people  - my clients - to a better place through aggressive, dedicated representation in the face of big firm resources and opposition. Please review my list of client successes for examples of what I have achieved for good people, and of my commitment to excellence on their behalf. I can be contacted directly by phone call or email for a free consultation.

Reinstatement of job to industrial arts teacher who was entitled to punitive damage trial in landmark NJ whistleblower case under the Conscientious Employee Protection Act, or CEPA.

Defeated healthcare corporation’s attempt to compel arbitration of male employee’s age discrimination case under the Law Against Discrimination, or LAD.

Jury verdict and enhanced attorney fee award of approximately $200,000 in CEPA case against doctor under investigation by NJ Attorney General

$7,200,000 jury verdict for physician permanently injured in PATH train station slip and fall, which was reversed on appeal because of jury instruction. Won second trial and settled remainder of the case.

Briel v. Madison Board of Education

$1,300,000 settlement before trial of LAD disability discrimination and harassment case on behalf of public school employee with multiple sclerosis

$7,500,000 jury verdict, including punitive damages, for family generations permanently injured in SUV rollover negligence case. Punitive damages reduced for a final judgment of almost $5,200,000 that was affirmed on appeal

Davis v. Newark Board of Education

$745,000 settlement of LAD sexual orientation, disability harassment and retaliation case on behalf of a tenured special education teacher for a public grammar school

$2,000,000 settlement during jury trial of LAD discrimination case filed on behalf of a visually disabled public school nurse who was denied reasonable accommodation and forced to resign

$1,700,000 settlement before trial of an LAD age discrimination case brought on behalf of a branch manager for a large bank corporation who was fired and replaced by an inexperienced cruise ship disc jockey half her age

$1,300,000 settlement before trial of an LAD age discrimination, hostile work environment and retaliation case brought on behalf of the lifelong employee of a large supermarket corporation

Won NJ Appellate Division decision protecting an employee's right to have his attorney fees paid by employer in the forced arbitration of his sexual orientation harassment and wrongful termination case under the New Jersey Law Against  Discrimination.

Pantoliano v. Bogota Board of Education

$800,000 settlement before trial of NJ public school Superintendent's CEPA and LAD retaliation, sex harassment and wrongful termination claims as a whistleblower who reported misuse of public funds to the NJ Department of Education

FOR YOUR CONVENIENCE, MORE DETAILED INFORMATION ABOUT THESE CASES IS AVAILABLE BELOW

Please check out my blog for important developments

A Blog For The People

I will be regularly posting about newsworthy subjects that impact us all. Please visit my blog from time to time to see what's new.

All messages are delivered directly to Christoper W. Hager, Esq. at Chager@njhagerlaw.com.

This website is for informational purposes only. Using this site or communicating with Hager Law, LLC through this site does not form an attorney/client relationship.  This site is legal advertising.